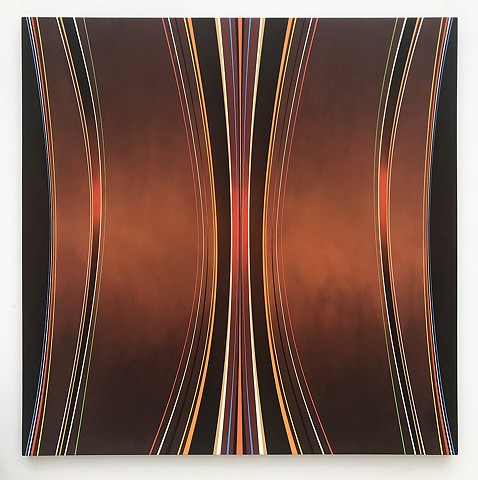 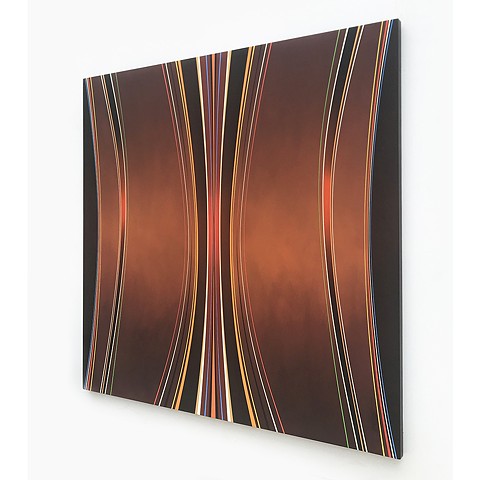 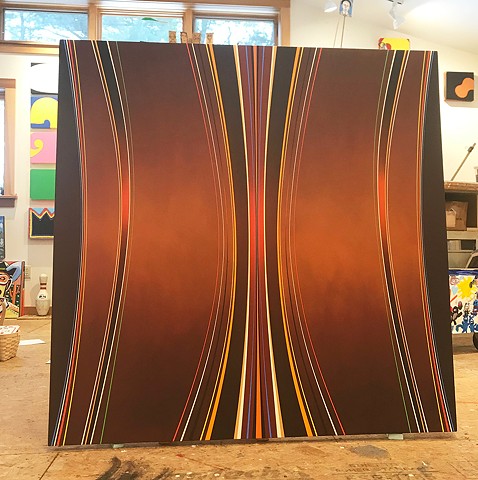 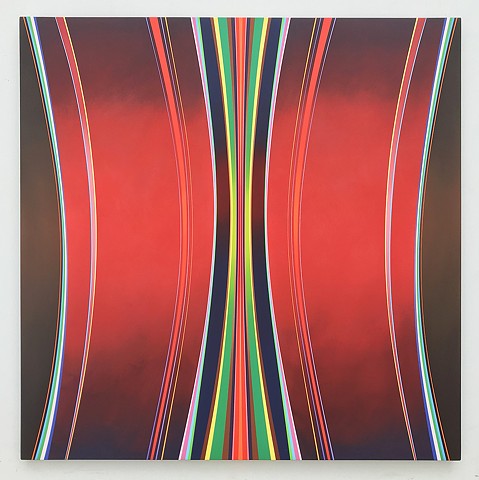 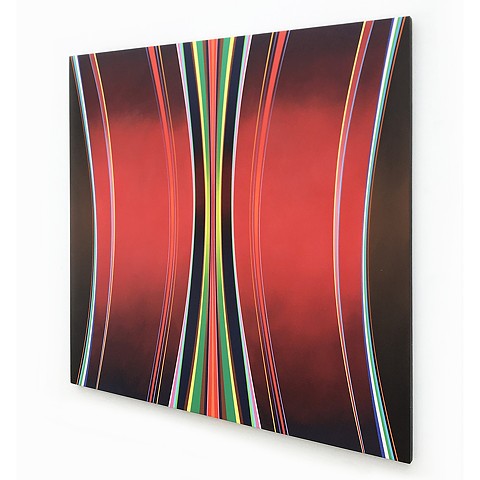 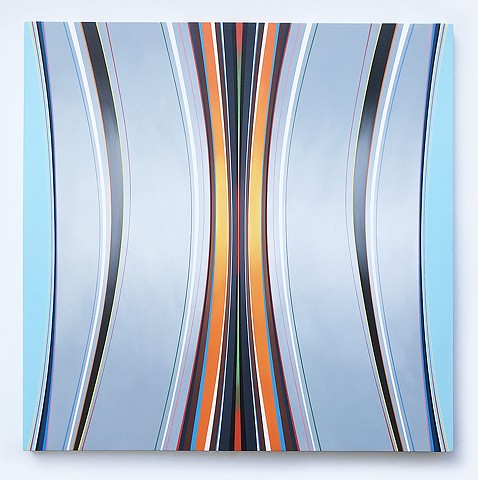 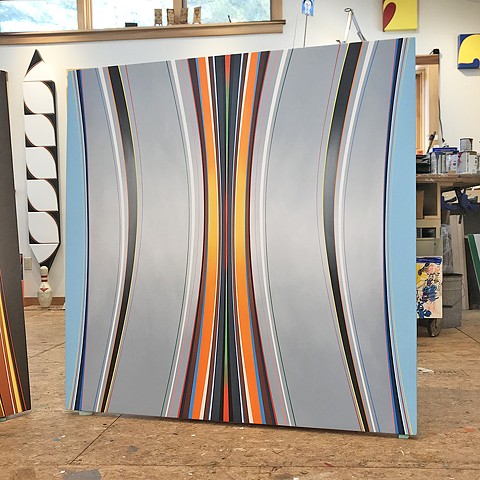 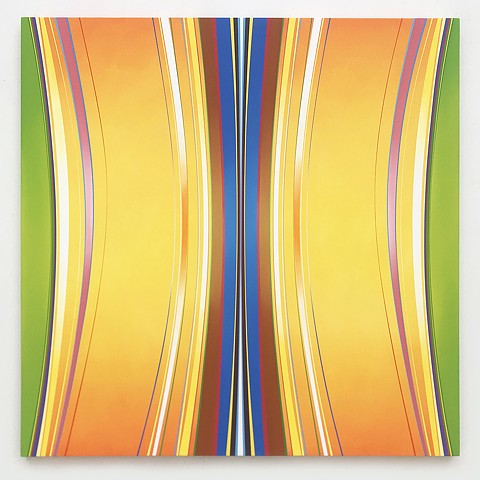 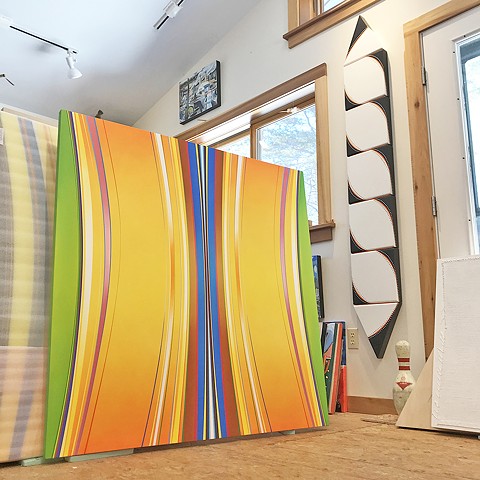 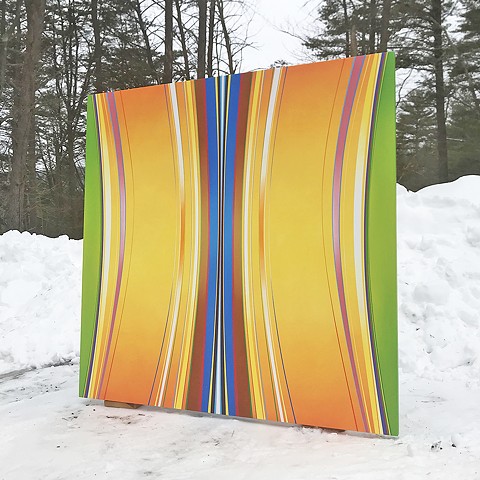 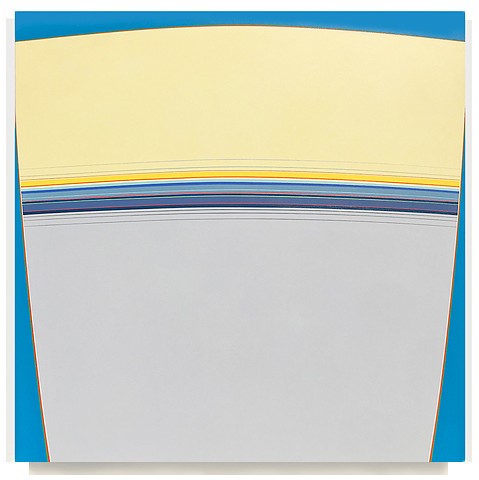 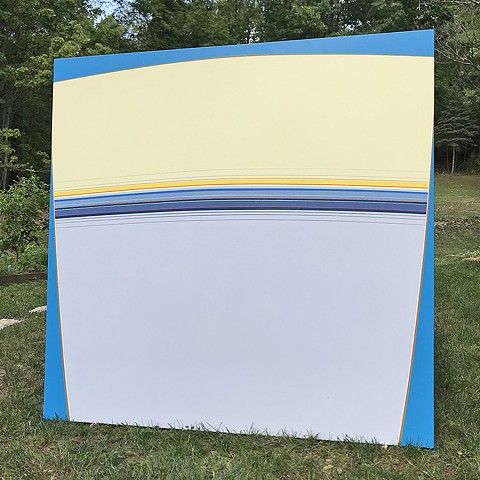 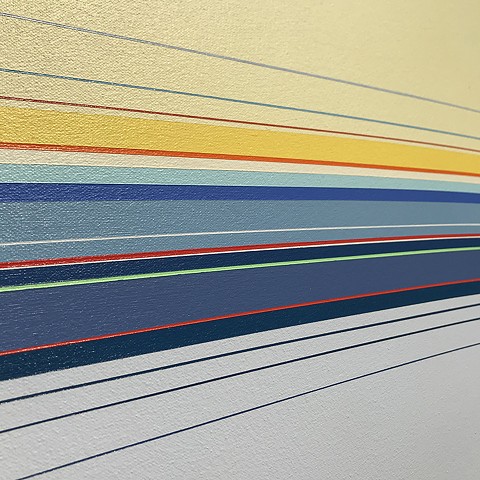 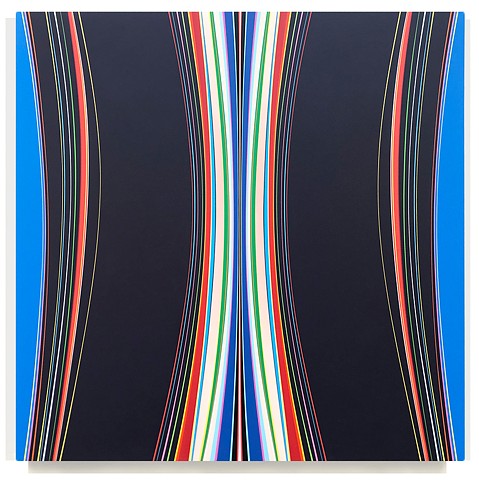 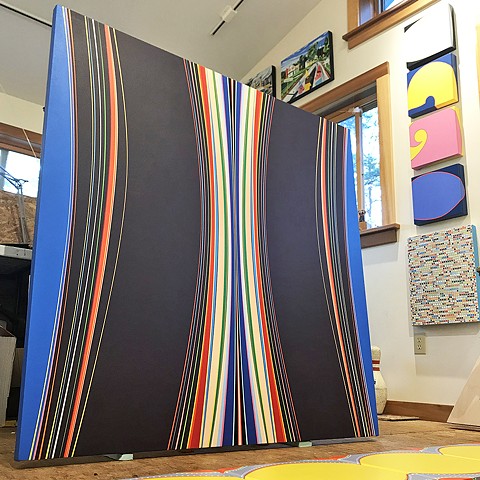 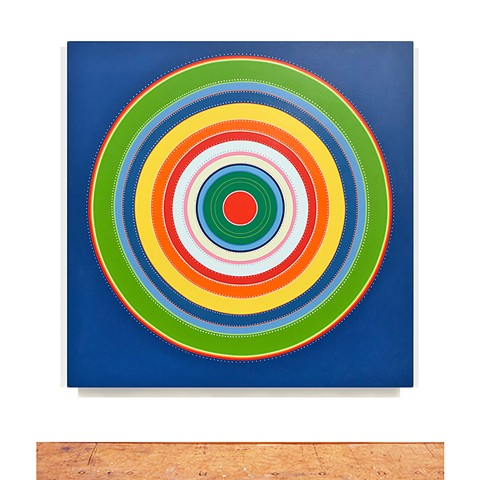 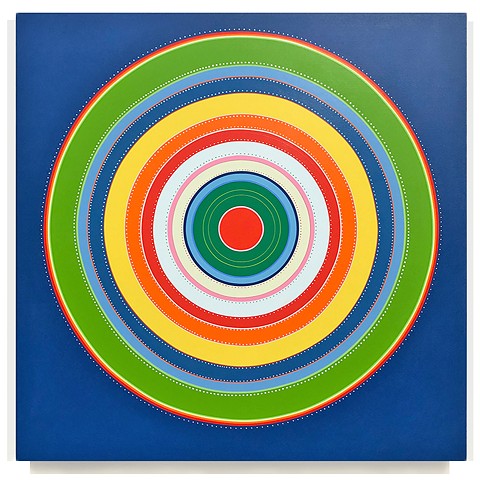 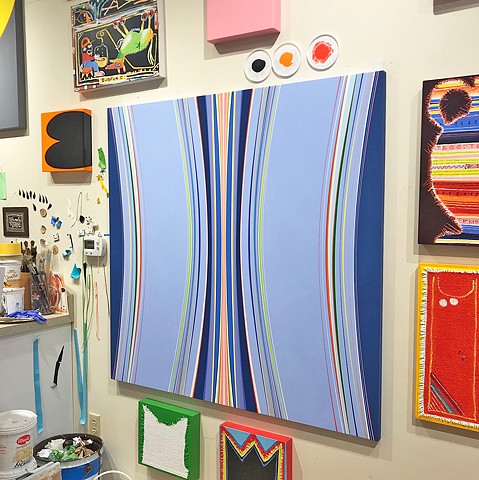 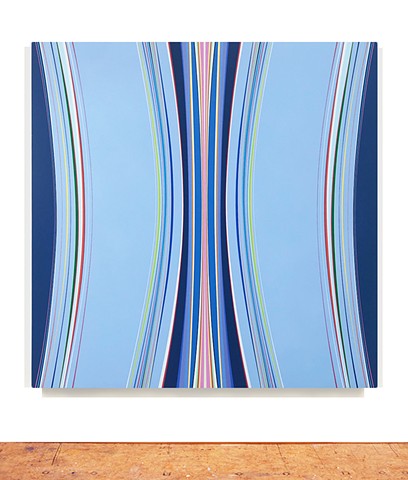 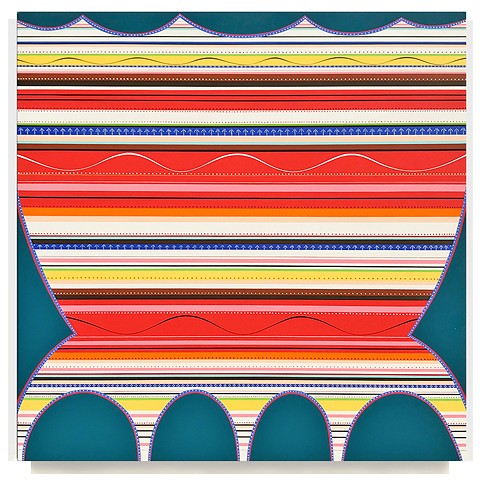 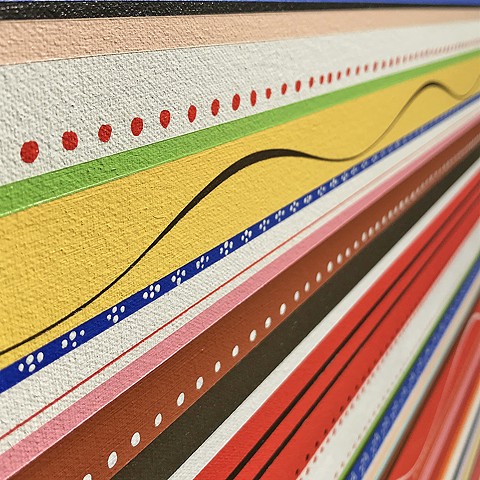 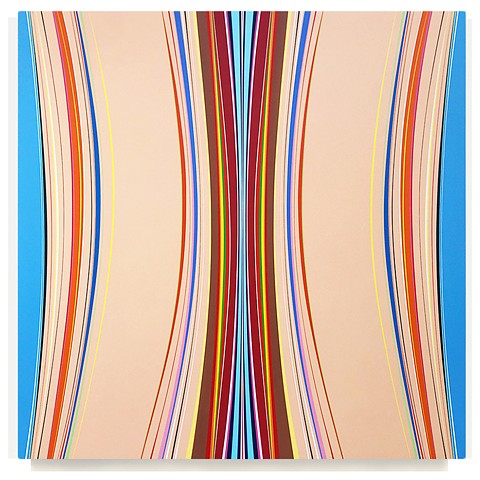 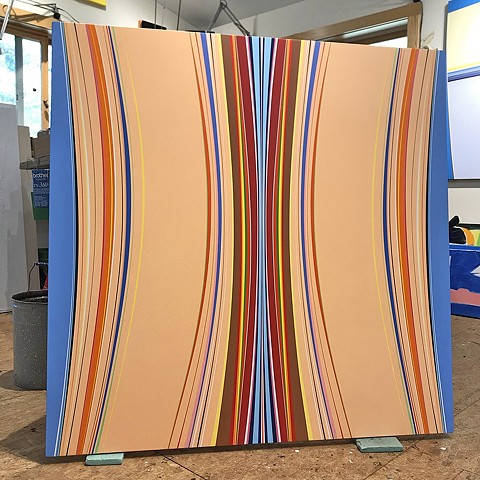 There is something seductive in the color and latent power of a bottle of whiskey or wine when light hits it like a jewel. Thereare memories, longings, and even regrets all tied up in what we drink. A single whiff can transport one to another continent or back in time multiple decades. I started this series after having a conversation with a good friend and collector who ultimately commissioned me to create a Color Bomb based on his love of bourbon. I had been wrestling with bringing more depth and atmosphere into my work and this immediately provided the perfect vessel. Held to the light the colors in a glass glow and refract infinite possibilities for a painter. For the bourbon I worked in snippets of color that referenced the casks, the landscape of the valley where my friend lives, the liquid itself, and even the color of his son’s eyes. For the Pinot Noir ( Roco - Stalker ) I worked from a specific wine from Oregon. The range of reds and crimsons are endless, but I also tapped into the soils of the vineyard, the barrels, the grapes, and the general warmth it produces. And for the Trans-Siberian Vodka I reached back to my early 20’s when I was a student in Siberia. Visually it was mostly concrete and snow, but the minimalism of the times also put the hidden radiant pockets of beauty in sharp focus. These works are very abstract but there is a direct line to something specific and personal. Alcohol can trigger and transport in the same way as travel. It’s immersive and you venture off to new lands where you’ve never been. If it’s good - you return knowing and feeling more than you knew was possible. Ideally, just like art.